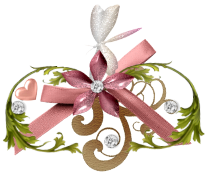 Ragdolls are large, heavy muscular cats with a gentle disposition generally weighing in around 15-25 pounds if male and 12-15 pounds for females.

Their eyes are large, oval and bright blue. They are cute and considered to be house cats and they’re not aggressive and will generally not defend themselves.

They mature slowly at about three years of age. Their coats are fairly long but are very easy to take care of generally being compared to rabbit fur with no matting issues and is easily combed when rarely necessary.

Ragdoll colors are generally confined to seal point, blue point, chocolate point, and lilac point, with or without white markings. Ragdolls are known as pointed cats as are Himalayans and Siamese which are born with white fur and develop their mature colors fairly slowly.

Ragdolls do very well when introduced into an environment already populated with other pets or children. They are large and non-agressive as we mentioned earlier. Unlike Persian cats, they don’t need the constant grooming they do. They are very laid back cats, not hyper-active as you might see with other breeds and generally extremely quiet except for the purring when held which they love.

They portray and exhibit a flair as royalty, they silently rule over your home. They are strictly indoor cats, lacking any aggressive instincts including protective manners they would need in an outdoor environment. Unfortunately their friendly nature and sweet face make them an attractive target of cat-nappers…keep them protected in the safety of your home. They can however be trained to walk on a leash so you can get them outside to enjoy the fresh air.

In most associations, Ragdolls are generally accepted in 3 patterns and 4 colors. The three patterns are bicolor, colorpoint, and mitted and the four colors are seal point, blue point, chocolate point, and lilac point.

Bi- colors are more white to include their legs, lower bodies, front below the neck and a reverse ‘V’ shape on their face. The dark points are again on the tails, ears and face masks.

Colorpoint Ragdolls have dark points, i.e., ears, face, feet, and tail, with a lighter shade body. Generally the paw pads will match the dark point colors with no white markings.

Mitteds have dark points and a similar body colors as a colorpoint. They have white mitts in the front and white boots on the back legs and feet. Mitted Ragdolls can have distinctively shaped white colored markings on their upper head and nose.

A very intelligent breed, Ragdolls are easy to train and can generally be taught in a similar manner to dogs using reinforcement through rewards and praise.
Medical Care

Ragdolls are a hearty breed of cat generally not inheriting serious medical conditions however its always a good idea to take your cat to your vet for routine shots and checkups.

Here are some links for more in depth information about Ragdoll Cats & Kittens.